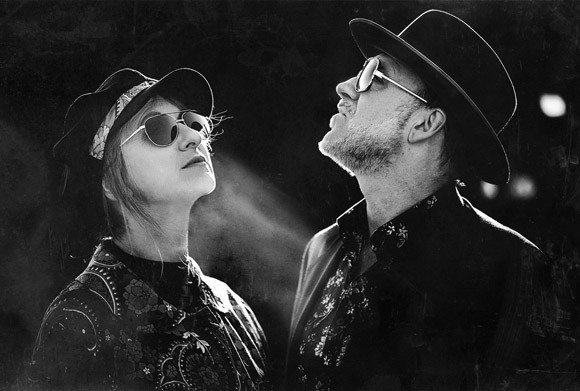 A labour of love on multiple levels, My Darling Clementine – the sobriquet of spouses Michael Weston King and Lou Dalgleish – began as a homage to classic country duets of the 60’s and 70’s á la George & Tammy and Johnny & June

Their debut album was released in 2011 and immediately acclaimed on both sides of the Atlantic. Country Music People called it; “The greatest British country record ever made”

Such praise led to a US record deal and invitations to appear at the Americana Music Association in Nashville and SXSW in Austin.

Their follow-up only enhanced the bands growing reputation and received a similar critical response with the New York Daily News choosing it as 'album of the month' while Popmatters put it in their Top 10 Country Albums of 2013.

The duo's latest album, from which much of the material on their current tour will be drawn, is called “Country Darkness” - a collaboration with keyboard genius Steve Nieve (The Attractions / The Imposters), which sees them reinterpreting the country songs of Elvis Costello. Released in November 2020 it charted in both the UK and European Americana charts receiving unanimous praise along the way, and

During the past 9 years My Darling Clementine have played over 800 shows around the world, won numerous awards and have more than earned their own bona fides, with their wry yet heart-on-sleeve song-craft spotlighting the vagaries of romance and the human condition, and their match-made-in-heaven harmonies