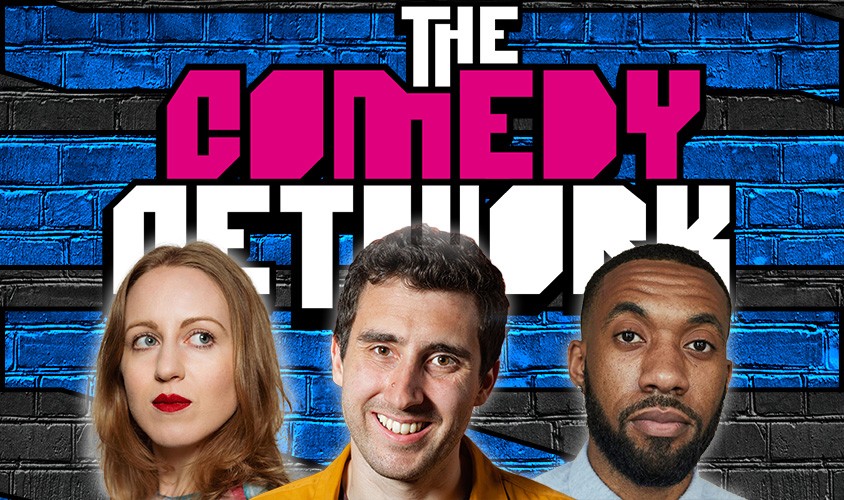 BBC New Comedy Award winner Steve Bugeja is one of the circuit’s most exciting comedians, writers and performers. Steve co-created and co-wrote the ITV2 sitcom Buffering with Iain Stirling, hosted the BBC Radio 4 series Economics with Subtitles and has made numerous appearances on TV shows including The Russell Howard Hour (Sky One), Love Island: Aftersun (ITV2), Russell Howard’s Stand Up Central (Comedy Central) and Zoe Ball on Saturday (ITV1).

A prolific writer, Steve is the head writer for Iain Stirling’s CelebAbility (ITV2) and was a key member of the writing team for The Russell Howard Hour (Sky One). He has contributed material to Mock the Week (BBC2), 8 Out of 10 Cats (Channel 4) and BBC Radio 4.

Making a name for himself internationally, Steve has twice been invited to perform at the Melbourne International Comedy Festival, appearing on Opening Night Comedy Allstars Supershow (ABC1) and on Comedy Up Late (ABC1).

“Bugeja has an eye for original comic detail that’s all his own.’” – The Guardian

Annie McGrath is a comedian renowned for her joke writing skills and deadpan style. Described by The Feminist Fringe as “dark and hilarious” ★★★★★, Annie’s sell-out Edinburgh Fringe show, Shepherd, received critical acclaim and transferred to a run at London’s Soho Theatre.

This Autumn, Annie will appear on BBC Wales’ Live From Barry Island, which showcases the best stand-up comic talent from around the UK. A regular tour support for Lou Sanders, Annie’s stand-up has featured on Audible, BBC Radio Wales and BBC Radio 4 Extra.

Annie has written on multiple episodes of the award-winning panel show, A League of Their Own (Sky One), as well as on the upcoming series of Fantasy Football (Sky) hosted by Elis James and Matt Lucas. She also contributed to the latest series of The Emily Atack Show (ITV2), and to BBC Radio 4’s Newsjack. An established sketch writer, Annie has been nominated for multiple Funny Woman Awards.

As an actor, Annie appears alongside Eleanor Tomlinson in series two of Stephen Merchant’s comedy-drama, The Outlaws (BBC One). She plays Bits in The People We Hate at the Wedding, a FilmNation production for Amazon Studios, with Kristen Bell and Allison Janney, due for release later this year.  Further credits include Stath Lets Flats (Channel 4), Soccer AM (Sky Sports), Girls Go Trolling (Channel 4), and Grave New World (Amazon), Razor Sharp (Channel 4) and The Joy of Missing Out (Channel 4).

A comedian, host and podcaster born and raised in Harlow, to Jamaican parents, Darran Griffiths has a blend of Caribbean confidence and Essex irreverence. Flagrant, thought-provoking and funny.

In 2018 he was Amused Moose National New Comedian semi-finalist, BBC New Comedy Award nominee and Leicester Square Theatre New Comedian runner-up. In 2019 he sold out his debut show ‘Essex Bwoy’ at the Camden Fringe. In 2021 he was British Comedian of the Year semi-finalist. He has performed at some of the top comedy clubs in London as well as sold out shows at the Hackney Empire and the Indigo at the O2.