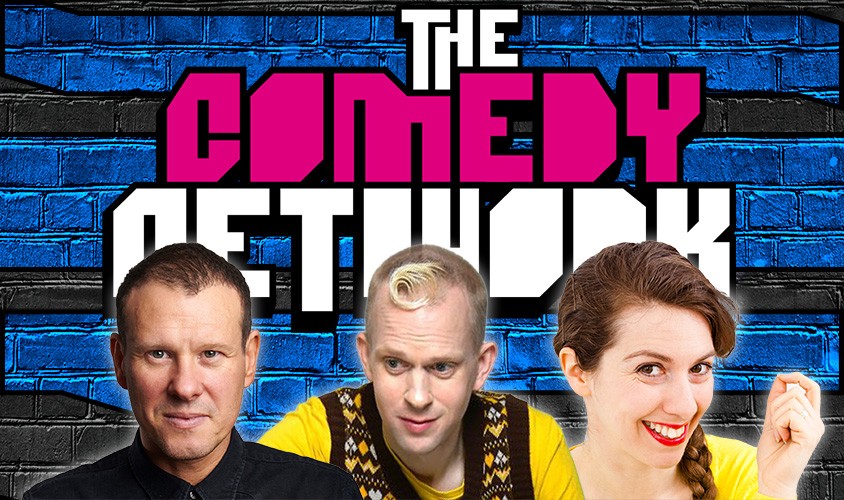 Musical comedian Robert White found early success as a finalist in the prestigious Hackney Empire competition and has gone on to win the Malcolm Hardee Award at the Edinburgh Festival.

After coming second in Britain's Got Talent 2018 Robert has become a hugely a sought after circuit act who regularly performs in big clubs, little clubs, those in-between, theatres and festivals around the UK and abroad.

‘Just one of the funniest performers I’ve ever seen, I’ve never laughed like that!’ – David Walliams

‘He may sound like a niche act, but the musical comedian has managed to garner a wide appeal with his chaotic style and improvised musical skills.’ – The Sun

‘…souped-up risqué keyboard-based songs, waspish asides and neurotically charged camperie from a hyperactive man-child who is among the most original of this year’s Fringe….Superb’ – Telegraph

‘Surprisingly original, and funny…. exactly the sort of act who should win Britain’s Got Talent.’ – The Daily Mail

Maff Brown is a legend of the comedy circuit. An established MC & headliner, Maff has performed all across the globe, headlined across the UK, done TV warm up for some of the biggest shows on your screens, appeared on Mock The Week and has provided tour support for Greg Davis, Omid Djalili, Lucy Porter, Michael McIntyre and Jack Dee, and on top of all that he has taken more than half a dozen solo shows to the Edinburgh Festival!

Acclaimed stand-up and TV writer Meryl O'Rourke revels in her bitterness. She has been a regular support for Frankie Boyle since 2010 - in his book, 'Work!Consume!Die!', he calls Meryl "Inspiringly funny".

A sought after gag writer, Meryl has written for Have I Got News for You, Room 101, and three series of Mock the Week. She worked on all of Frankie Boyle's Autopsies, his documentaries on Scotland and Russia, script edited his stand up special Excited For You To See And Hate This and is now working on New World Order. She also script edited a new sitcom The Weekly Wembley and wrote for burlesque star Ivy Paige (The Voice)

Her solo stand up show Bad Mother… was an Edinburgh Festival hit. Directed by Foster's Comedy Award nominee Thom Tuck, it received 5 star reviews and was The Times’ Critic’s Choice.