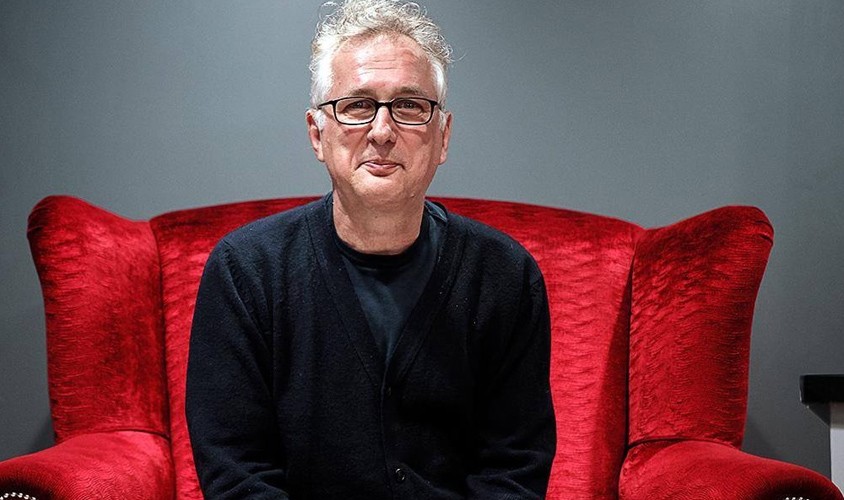 Armed only with a chair and a mic, stories, jokes and poetry Henry Normal takes on the world looking for a win-win situation.

He co-wrote and script edited the multi-award winning Mrs Merton show and the spin off series Mrs Merton and Malcolm. He also co-created and co-wrote the first series of The Royle Family. With Steve Coogan he co-wrote the BAFTA winning Paul and Pauline Calf Video Diaries, Coogan's Run, Tony Ferrino, Doctor Terrible and all three of Steve's live tours and the film The Parole Officer.

Setting up Baby Cow Productions Ltd in 1990, Henry executive produced all and script edited many of the shows from its 17 and a half year output during his tenure as MD. Highlights of the Baby Cow output during his time include the Oscar nominated film Philomena, I believe in Miracles, Gavin and Stacey, Moone Boy, Uncle, Marion and Geof, Nighty Night, The Mighty Boosh, Red Dwarf, Hunderby, Camping and Alan Partridge.

Since retiring in April 2016, Henry has written and performed eight BBC Radio 4 shows combining comedy, poetry and stories about family. His ninth show 'A Normal Community' will be recorded on the 1st june 2022 for transmission in the summer.

In April 2018, Two Roads publishers released his book of memoirs 'A Normal Family' which was written with his wife Angela Pell, drawing on his family experience. It immediately became a best seller on Amazon and has already been reprinted.

Henry performs poetry at literature festivals around the UK and has eleven poetry books available from Flapjack Press, with the latest - 'Collected Poems Vol.2' - out in August.

He was recently given an honorary doctorate of letters by Nottingham Trent University, another by Nottingham University and has a beer and a bus named after him in the city!

Henry Normal - Sit Down Poetry...it's like stand up poetry but more thoughtful and relaxed and easier on the legs.

"The Alan Bennett of poetry" The Scotsman

"Dovetails bittersweet poetry with a sublimely observant wit" The Guardian

"Witty and uncannily accurate with his observations" The Stage

"The poetry itself is stuff of proper substance, marrying the suburban beauty of Beatles ballads with the blunt candour of the kitchen sink" The Guardian

"Not heard anything that jumps from hilarious to moving in such an intelligent, subtle way as Henry Normal's show" Radio Times