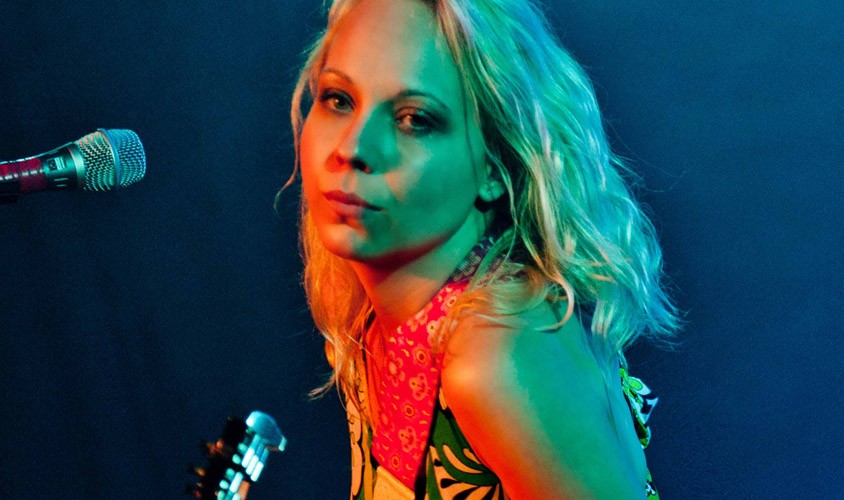 Virtuoso guitar supremo Chantel McGregor's stunning live performances have demonstrated that she had the ability to perform rock for the new age, with a loyal and growing fan base who follow her every move.

If you measure an artist’s prospects by the company they keep, then Chantel has been moving in the right direction. Early in her career she was invited to perform with Joe Bonamassa, on two of his UK tours.

Over the last few years, Chantel has received great reviews of her 5 albums, the last 2 being released during the 2021 Covid lockdown. The ‘Shed Sessions Volumes 1 & 2’ were recorded at home and mixed by Wayne Proctor of Superfly Studios. They were born out of a weekly livestream which Chantel performed throughout lockdown. As well as the 2 albums, Chantel also released a rock cover of ‘Stupid Love’ by Lady Gaga and had a track on ‘Gumbo Blues, a tribute to Dr John’, both through Cleopatra Records in the USA. She also released the single ‘I Will See’, which she co-wrote and recorded with David ‘Nova’ Nowakowski (Scars on 45). Chantel is currently writing for her next studio album, and is debuting some of the new tracks on her UK tour.

Chantel said ‘I’m over the moon to be back out on tour again, the last couple of years have been incredibly tough for everyone in the music industry and it’s just so wonderful to be able to play live music in front of great crowds once again’.