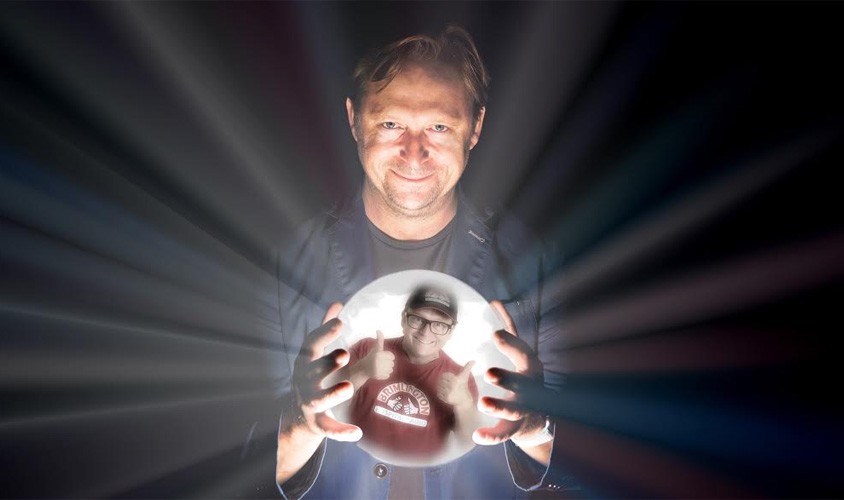 Multi-award-winning comedian Tom Binns has performed his ‘psychic’ character Ian D Montfort to 5 star reviews around the world, and in the smash hit British film "Eaten by Lions"

During this time Tom claims to have discovered a genuine 'psychic' ability and now performs as The ‘Psychic’ Comedium. In his performances Tom makes jaw dropping revelations about his audience, but is he gifted, deluded or something else?

Whatever you decide, his gift for comedy is undeniable and his 'psychic' powers are unbelievable!

Tom will also be performing as his Edinburgh Comedy Award nominated character and 8 Out Of 10 Cats Does Countdown dictionary corner favourite, hospital radio DJ Ivan Brackenbury.

Tom's character shows have won him over 30 five star reviews and many awards both at home and abroad.

He's been in BBC Shows Alan Partridge, Lee and Herring, Friday/Saturday Night Armistice and Channel 4 shows IT Crowd, The Big Breakfast, Ri:se, Under the Moon, Drifters and 8 Out Of 10 Cats Does Countdown as well as the feature films Going to Mecca and Eaten by Lions.