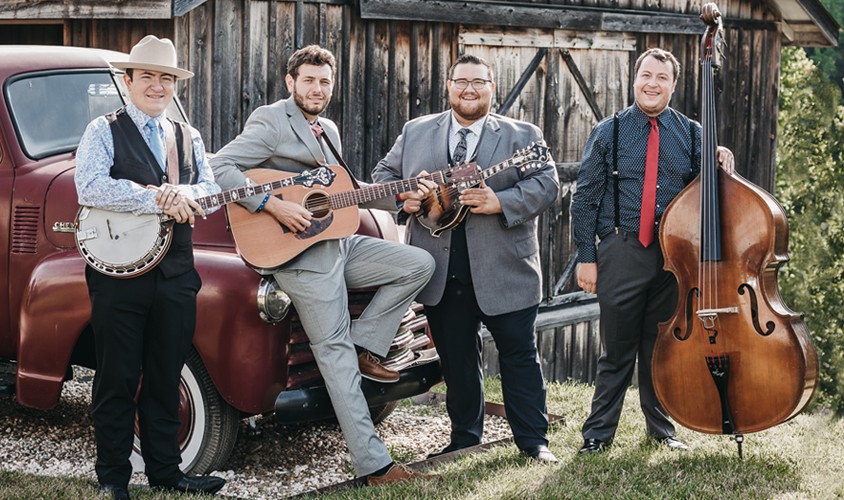 Hailing from the Gateway of the Great Smoky Mountains, Seth Mulder & Midnight Run began its journey in February of 2015, at the Ole Smoky Moonshine Distillery in Gatlinburg, Tennessee. Made up of four like-minded musicians and graduates of college music programs, this group of friends and musicians created a band tied to the rich traditions of bluegrass music, yet one that offers a fresh approach to that "High Lonesome" sound. With each member drawing from a variety of influences, including bluegrass, country and rock.

The band stays true to their musical roots with tight harmonies and reverence for “old-style” bluegrass music, all while stretching the boundaries of the genre with their song selection, stage antics, and exciting performance.

Favourites among bluegrass enthusiasts and non-bluegrass audiences alike, they keep the energy high and the audience on their feet. The band knows when they are on stage that it's not only about the music, it is about connecting with the audience and leaving them with a memory that will last a lifetime. Seth Mulder & Midnight Run has been referred to as one of the most entertaining new acts on the bluegrass scene today. 2020 was a big year for them. They completed a new self-released studio album on their own label in June and were nominated for the IBMA (International Bluegrass Music Association) Momentum Band of the Year award shortly thereafter.

Now, with over 200 shows a year, they find themselves playing to audiences all over the world. Together, Seth Mulder, Colton Powers, Ben Watlington, and Max Etling create a powerhouse of music that you do not want to miss!