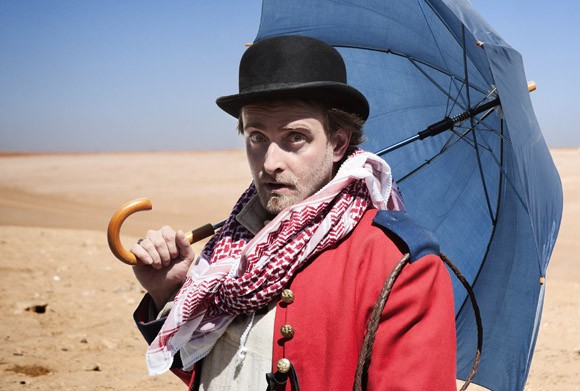 For over 15 years, multi-award winning, internationally renowned comedian, author, actor and crash test dummy, Tim FitzHigham, has been visiting Selby on Maundy Thursday to fulfil his duties in the 700-year-old role of town pittancer.

Join comic adventurer and classically moulded British eccentric Tim this Maundy Eve as he tells the truth about rowing the English Channel in a bath tub, running across deserts in suits of armour and, of course, his love of Selby.

Tim’s been on TV with Sir Tony Robinson, Netflix with Ricky Gervais, in Paddington 2 with Hugh Grant and in films with Matt Damon and Clint Eastwood, as well as starring in his own series, The Gambler on BBC Radio 4 and CBBC’s Super Human Challenge.

Critics Choice in The Times, The Daily Telegraph, The Independent, The Guardian, The Evening Standard, Time Out, The Daily Mail and Metro.