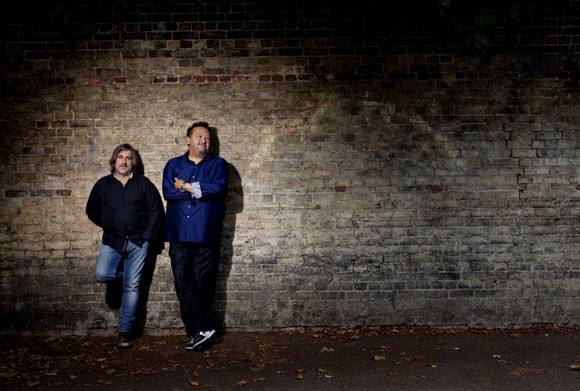 Recorded in the company of house-trained rabbits on an industrial estate in Cambridge, Daylight Moon, Ezio’s ninth studio album is their most personal yet. The visceral honesty of frontman Ezio Lunedei’s lyrics is laid bare in tracks like ‘Indian’, an ode to feeling overcome by forces beyond his control, and ‘Dirty Little Secret’, a Nick-Drake-esque ditty where he tries to

unpick the emotions of an unnamed muse that he just can’t quite suss out.

In their 30-year career, the band have made a habit of dabbling in any style of music that takes their fancy; Daylight Moon is no different. From the crunching blues-rock guitars of ‘Crushed’ to the jazz rhythms of ‘The Gypsy Song’, there’s plenty of genre hopping on show here. What’s always set Ezio apart is the connection between Lunedei and guitarist Booga. The frontman’s rich tenor and complex acoustic guitar work is complimented by Booga’s incessant lead guitar; regularly squeezing in an extra note that shouldn’t be possible, but somehow managing to work. One could try and compare him to other great guitarists, but they would be wasting their time – Booga truly has a unique style, and it needs to be witnessed in the flesh.

Undoubtedly one of the best live acts from the UK, Ezio have vowed that there will be no set lists, so expect every single show to be different. In a world where would be starlets cry on talent shows and ex boy band members are considered credible, Ezio do what they do. They deliver the most exquisitely crafted and varied songs today with a skill that can only come from having toured and recorded constantly for many years. Ezio’s style has always been nearly impossible to describe. Their music can range from the highly rhythmical almost manic Latin feeling rock to delicate dreamy ballads that are heartbreakingly honest and deeply poetic.

An ex manager once proudly announced Ezio cannot be killed with conventional weapons and true to form they have come back with the strongest collection of songs Lunedei has ever written.

“Lyrics like Morrison or Dylan but somehow more in the real world”. The Scotsman